Watch Shelby on the news (KXAN)
Pflugerville Animal Shelter long-stay, Shelby, recently carried a really big rock out of the creek, which turned out to be a bison bone! Thanks to an invaluable shelter volunteer, who is also a specialist at Texas Archeological Research Laboratory (TARL), the following analysis of Shelby’s fossil find can be shared:

This is a photo of Shelby’s bone (on the right) compared to the same element from a species of bison excavated at the Bonfire Shelter archeological site (near Langtry, TX). 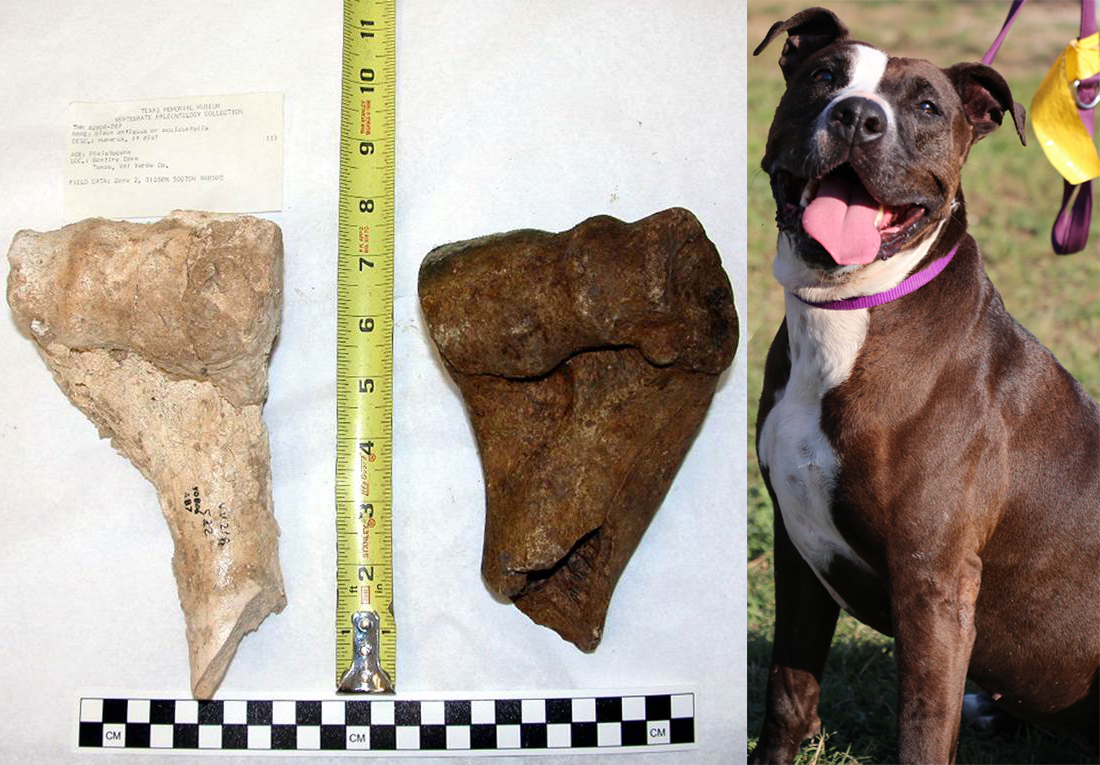 This is the tag that is associated with the fossilized bison humerus we have here at TARL: 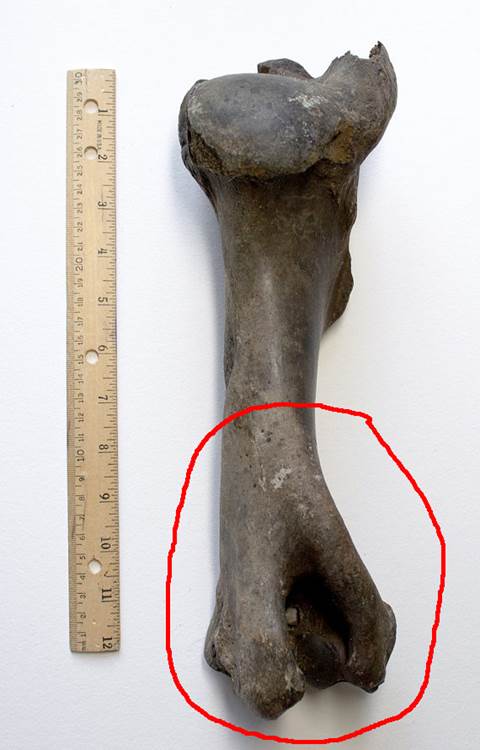 Which part of the bison did it come from exactly? 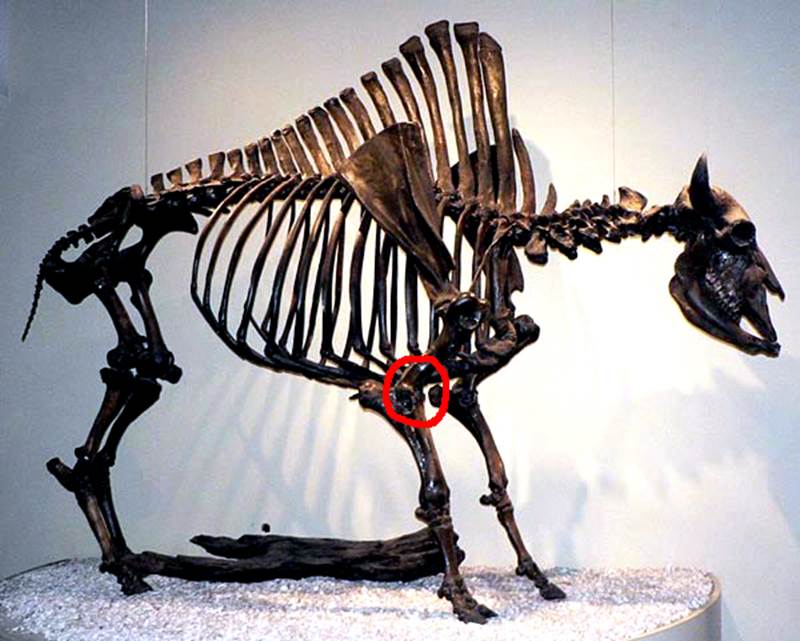 Two very interesting things about Shelby’s bone:
– The species of bison is most likely Bison antiquus, an extinct species that was much larger and heavier than our modern American bison (Bison bison) by 15-25%.

– The bone appears to have been modified by people. The location and type of fractures (‘percussion fractures’) at the distal end of this upper foreleg bone are pretty indicative of someone having smashed the bone open to get to the marrow inside. “Marrowing” was a common practice among the paleo-peoples and humeri and femora were often smashed to access this nutrient rich food source.

The below image is of the bronze reconstruction of Bison antiquus that Texas Tech University has out at their Lubbock Lake Landmark Quaternary Research Center. We know from the Bison antiquus remains at sites like the one in Lubbock that this species was around until at least 10,000 years ago when they began being replaced by the smaller modern day American bison. 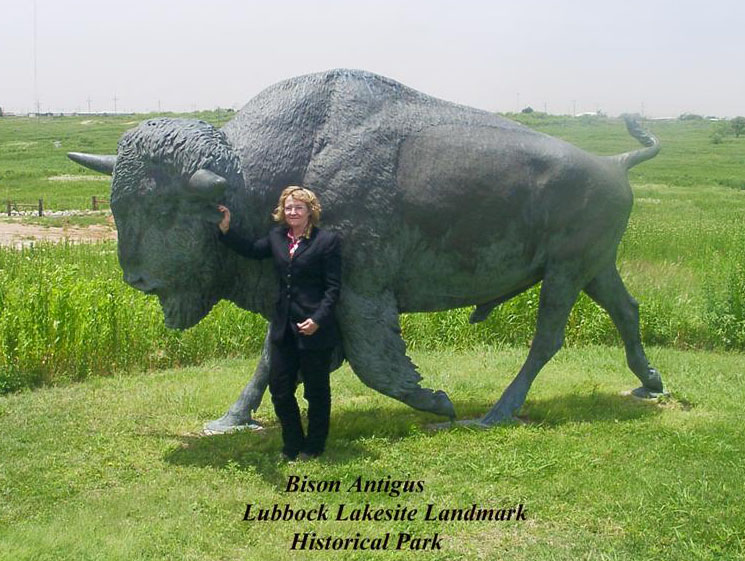 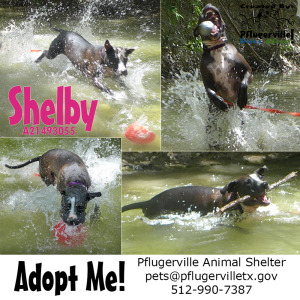 Ball, frisbee, stick, rock, or bison bone, Shelby will run after anything you throw, bring it back and drop it in front of you. Her energy and zest for life are not what one expects from an 8 year old, HW+ dog. (NOTE: Heartworm treatment is at no cost to the adopter.)

Shelby is waiting on a place to stay, foster or fur-ever, while she goes through Heartworm treatment. Dominant female dog personalities clash with Shelby’s, but she is up for Meet ‘n’ Greets with submissive dogs, and would also enjoy life as an only pet. Can you or someone you know help Shelby?

LONG-STAY STAR: Because Shelby has been at the shelter since 11/2013, her adoption fee is reduced to $25.

0Adopt for $25 through December | Home for the HolidaysHelp Rosalee get Heartworm treatment: Vote through Jan 22